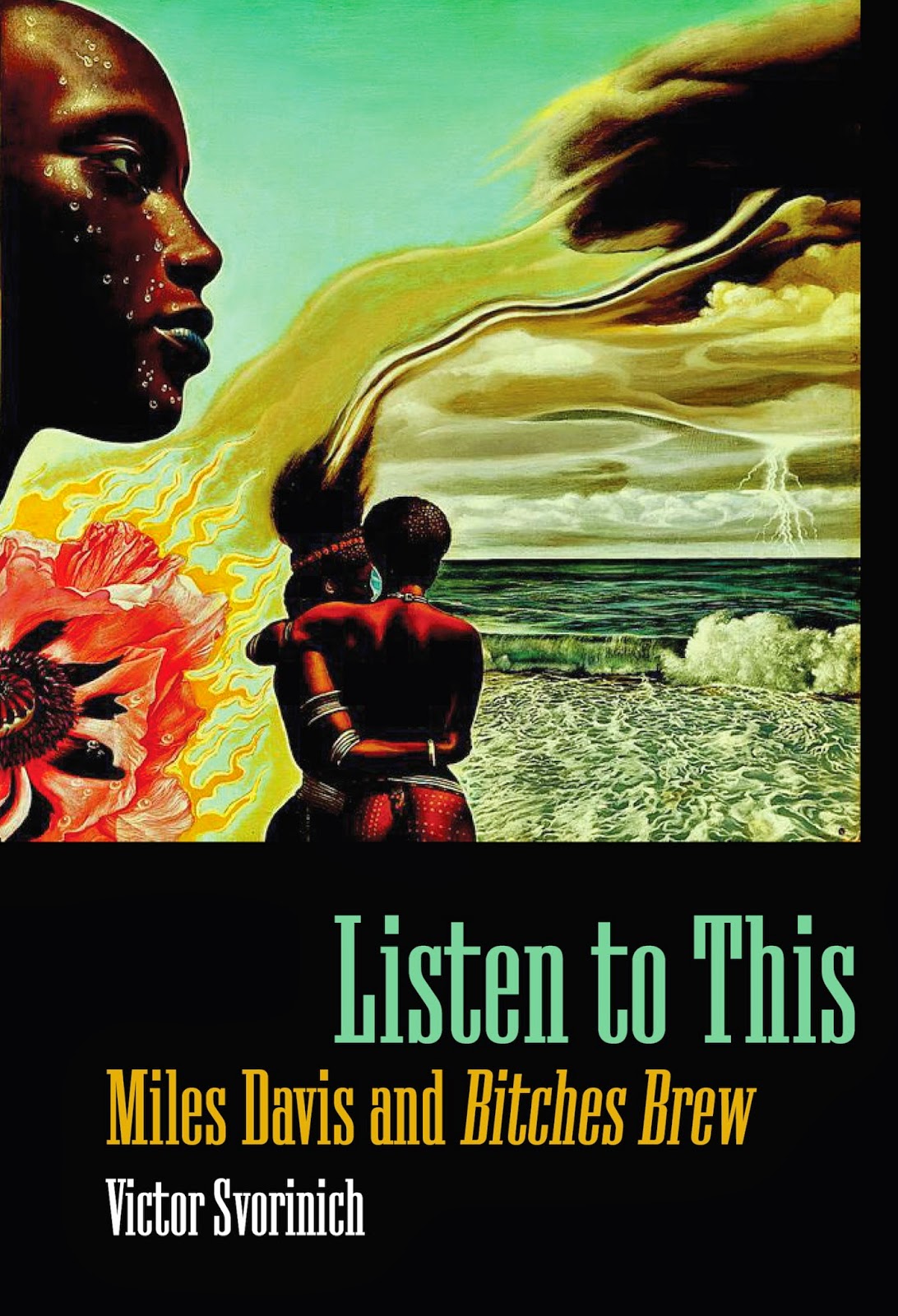 Listen to This: Miles Davis and Bitches Brew is the first book exclusively dedicated to Davis’s landmark 1969 album. Ultimately, Bitches Brew not only achieved great critical and commercial success within the jazz community, but it broke through to the masses, attaining platinum status, a Grammy, and worldwide acclaim. Author Victor Svorinich traces the albums incarnations and inspirations for ten-plus years before its release.

Listen to This is not just the story of Bitches Brew. It reveals much of the legend of Miles Davis—his attitude and will, his grace under pressure, his bands, his relationship to the masses, his business and personal etiquette, and his response to extraordinary social conditions seemingly aligned to bring him down.

Svorinich revisits the mystery and skepticism surrounding the album, and places it into both a historical and musical context using new interviews, original analysis, recently found recordings, unearthed session data sheets, memoranda, letters, musical transcriptions, scores, and a wealth of other material.

Below, we talk to the author about the influence the album had on him, the controversy surrounding it's release, and what he learned during his research.

What was it about Bitches Brew that convinced you the record would be a good subject for a book?

It’s quite an interesting story. Miles Davis was such a cool, enigmatic figure, but in the late 60s, rock music was at its zenith and Davis’s sales were plummeting. So Miles had to reinvent himself to stay on top; and he did it by putting out a double album of dense, abstract, long, instrumental tracks. It seems hardly salable, but it was an enormous success nonetheless.

How long have you been working on Listen to This?

Off and on, I’d say a good fifteen years. It started as a Master’s thesis, and then a Doctoral dissertation, but my focus was only on the development of this music back then. I thought by listening and analyzing the music carefully, I would get a better understanding of the album and of Miles himself, which I feel he would have thought to be the best way to get to know him and his music.

So I started listening and transcribing his every move on the record. Rehearsing and performing with groups over the years was equally beneficial. Every week, my friends and I would construct jam sessions inspired by 70s Miles music. We would study the vamps, melodies, and simply jam off of them along with original concepts for hours. Being musically involved in some way helped me absorb the material and allowed me to carry on with putting the book together.

Why do you think there was so much controversy surrounding Bitches Brew?

Mostly because his older fans who grew up with his acoustic music felt that he turned his back to them. By incorporating elements such as rock beats and electric instruments, certain listeners felt that his music became watered down, and that he was only doing it for the money. However, this music was very complex in different ways than his previous work, and certainly more abstract. It was more in line with the youth generation of the 60s, and as we discovered, the later generations who flocked to it over the past forty-five years. Similar to artists such as Prince or Madonna, who are constantly experimenting and reshaping their respected musical landscapes, Miles was hard to keep up with.

Were there things you learned about Davis that surprised you? What preconception about him changed the most in the course of writing the book?

One of the misconceptions of the album was that Columbia Records had a heavy hand in its development, but that was certainly not the case. Miles was very hands on throughout the process and called the shots both in the studio and in post-production. He was a perfectionist, and very meticulous when it came to his work.

I also discovered that behind the tough, unapproachable persona, Miles was actually a very kind and sensitive man. He would keep strong connections with his friends and band mates for many years. When he wasn’t under the influence of any controlled substances, he was very tender with the women in his life. I got a lot of this by talking with the photographers who shot Miles at the time. They found him to be shy, but also open and genuine, and really a regular guy. Miles treated them with respect and generosity. I guess you just had to understand him and know how to approach him.
American Made Music Jazz Miles Davis Music Monday